Well, there was a little thing called Sandy. An event during which I thought it would be a tad insensitive, or “tone deaf” to write my silly blog posts. (Yikes, it probably still is.)

And if you’re wondering why I haven’t posted in the last few months, there was a little thing called “being lazy.”  An event during which I thought it would be insensitive to my own laziness to write my silly blog posts.

Anyway, just to bring you up to speed on the past eon, my husband and I:

– Obsessively looked for an apartment to buy.

– Found one, and bought it in July. It’s on the same block as our old apartment. Our address has changed by 2 digits, which means we can still use our stationery by inelegantly scratching out “49” and writing in “37” on the envelopes.

– Put our old apartment on the market in June, and found a buyer who didn’t mind the half-assed grout job.

– Sold it in September and stayed on for a month — as long as our buyer could give us — because our new apartment wasn’t renovated yet.

– Moved out in October, a job that would have been a matter of simply carting stuff down the block if our new apartment had been renovated yet.

– Are still in the process of planning the renovation, a job that would be complete around now if we’d been smart.

– Are therefore living with my parents on the Upper West Side, waiting out our renovation for what we arbitrarily insist will be 8 weeks but every know-it-all who’s ever renovated warns us will be 10 years. Clam it, people. It’ll be 8 weeks.

– Are way happier about living with my parents on the Upper West Side than we ever thought we’d be, because their power and water were totally unaffected by the hurricane.  Also, they’re nice and there’s always lox in the fridge.  It’s like a bottomless Zabars gift basket up in this bitch. Where the loft was, there’s now a queen-sized bed. Our first week here, Steven and I were lying on it, hanging out, when my dad poked his head through the bedroom door and said, “Helloooo, bedside companions.” He later referred to the moment as “a romantic tete a tete.”  So, I change my mind: it couldn’t be much weirder.

I think that’s about it. 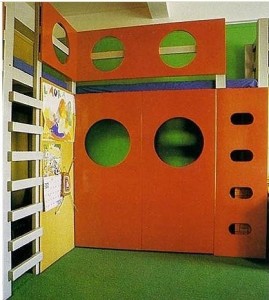 So I’ll now wind up this blog post with the usual provocative questions:

What’s up with you? Where’s good to eat on the Upper West Side? And don’t you agree that our renovation will take 8 weeks?

And stay tuned for the next post, in which I review my button collection from the 1980s. It’s still in my old closet in a dusty Bennetton bag.

Also also, if you’re one of those people, like me, whose problems could be a lot worse, help someone who’s been handed a true shit sandwich courtesy of  Hurricane Sandy by clicking here. They’ve posted the most needed items as a wedding registry on Amazon. If you still owe me or someone else a wedding gift, buy something for these people instead. If I still owe you a wedding gift, let me know and I’ll be embarrassed into making another donation.